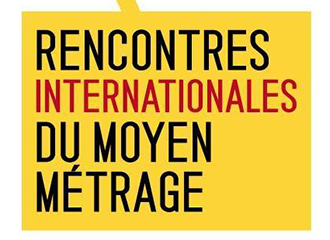 The length films, lasting 30 to 60 minutes, are the preferred medium of early cinema and a means of expression chosen by great filmmakers.
If the short film is reborn for the past twenty years, thanks in part to the creation of festivals devoted to this format, there is a new craze for short films longer than 30 minutes. This is due to the maturity of the short film sector and the desire of the directors and producers to experiment other possibilities both in the realization that in order to produce films.
These films allow authors to deploy their staging, to work in a more personal narrative, deepen their characters and to address new topics.
These works lacked a place that they be totally dedicated and which seals this new meeting between professionals and spectators, it is the objective of using the medium lenght film.
Created in 2004 by Katell Quillévéré and Sébastien Bailly from within the Film Directors Association, the Rencontres du moyen métrage de Brive is supported by important sponsoring partners – the City of Brive-la-Gaillarde, the Department of Corrèze, the Nouvelle-Aquitaine, the Ministry of Culture (DRAC), the CNC – as well as many private-owned companies.
The festival is designed to be a meeting ground for the general public and professionals, centered on a format as of yet still poorly distributed: the medium length film.
The highly diversified selection reflects the vitality of this cinematographic format: over 100 screenings, a competition of recent films, theme-driven selections, tributes, educational selections, roundtables, a live-music screening.
The festival is also a convivial moment which brings together the general public and the professionals: films introduced by their directors, producers, actors or technicians; cocktail discussions between audience members and the film’s cre
The profession immediately recognized it as an important place for the defense of artistic creation and a unique link to the public. In 2019, more than 150 professionals traveled to Brive for an event now recognized as a festival of primary importance by the National Center for Cinematography (CNC) (classed as 1st Category in 2006).
The national and regional press followed the evolutions of the event since the very first edition.
Finally, the public has turned the festival into a truly lively zone of exchange with the filmmakers. The attendance rate, which has risen with each year’s edition, reached more than 8 200 audience members in 2019.