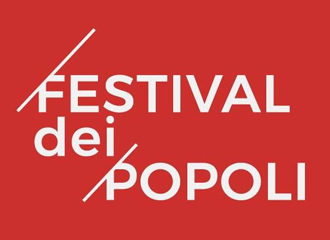 The aim of the Festival dei Popoli is to promote and circulate creative documentary and cutting-edge films, foster
discussion between various branches of learning, and provide a space for the cinematic arts and other disciplines to engage with each other and grow.
The festival is organized by the Festival dei Popoli – Italian Institute for Social Documentary Film ONLUS - with the
support of the Italian Ministry for Arts and Culture (Bureau of Cinema), the Tuscan Region, the City of Florence (Department of Culture). Additional support is provided by other public institutions and by some private sponsors.
The Festival programme includes: International Competition, Italian Competition, tributes and retrospectives, workshops, debates, focus, special events. The decisions of the Directors and the Selection Committee are based on the artistic and narrative merits of the works, on the originality and relevance of the topics, paying attention to gender representation in the overall composition of the programme.
THE INTERNATIONAL COMPETITION
Documentaries from all countries will be considered only if completed after November 1st, 2018 (or premiered after that date). In exceptional cases, and at the only discretion of the Festival Director, exemptions on the date may be made for films not yet publicly screened outside their country of origin. Films must be Italian premieres: works publicly disseminated via Internet and those already projected, in any place and context, in Italy will be excluded. World, International and European premiere will be preferred.
In case of selection, the expected projection format is DCP. Other formats must be approved by the Programming Office of the Festival.
No rental fees will be paid for the films included in the competitive section.
AWARDS
a) Official Palmarès
An International Jury composed of leading figures in documentary cinema will bestow the following Awards:
- Best Short Documentary (maximum length: 30 minutes): € 2,500.00 (divided equally between the director and the production).
- Best Mid-Length Documentary (length: between 31 and 60 minutes): € 4,000.00 (divided equally between the director and the production).
- Best Feature-Length Documentary (length: more than 60 minutes): € 8,000.00 (divided equally between the director and the production).
- Best Anthropological Film: “Gian Paolo Paoli” Award.
Special Mentions may also be granted.
The awards will be paid within twelve months from the Award Ceremony.