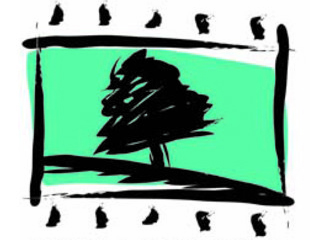 CinemAmbiente – Environmental Film Festival was born in 1998 with the aim of presenting outstanding environmental films that promote cinema and green awareness.
The Festival is organized by Associazione Cinemambiente and National Cinema Museum - Maria Adriana Prolo Foundation, Turin – Italy.
CinemAmbiente has grown over the years and today is one of the most important environmental film festivals in the international scene.
Cinemambiente is the founder and coordinator of the Green Film Network, the association of the world's major environmental film festivals.
CinemAmbiente program features over 100 selected films screened in the national and international competition categories, as well as in the special categories (Special Events, Panorama and a large section dedicated to the world of school). Besides film screenings, the program includes debates, meetings with the authors, Q&A, exhibitions, book presentations, theatre and concerts, and events in and around Turin.
To complete the work of promoting the environmental-related cinema carried out by CinemAmbiente, there are two other important activities: CinemAmbiente Tour (a project of cultural distribution in Italy of the films presented at the Festival) and CinemAmbiente TV - Films for environmental education (an education project that integrates audio-visual materials and in-depth dossiers designed for different school levels).