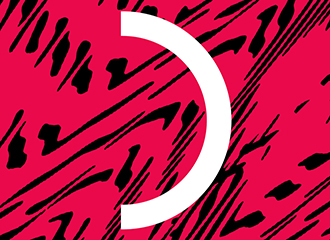 Doclisboa seeks to imagine reality through new cinematic forms of perception, reflection and action, placing filmmaking into dialogue with its history to question the present of cinema.
Doclisboa is interested in films that are rigorous about their conceptual and formal implications; films that experiment with cinema’s artistic and political possibilities and refuse to be categorized; films that engage with and mirror the complexity of the world.
Doclisboa offers a ground where cinema and the contemporary are investigated as acts of being together in, and with, time.
Sections:
* International Competition
New films from all over the world, with diverse poetics, forms and lengths, drawing a map of contemporary cinema through singular works that question both themselves and what they portray. Films produced after September 2018, largely screening as international or world premieres.
* Portuguese Competition
Portuguese produced and/or directed films, with no limitations in terms of format or length. This section presents an overview of the diversity of visions, practices and languages within contemporary Portuguese cinema, through a rigorous, open and attentive selection of films. Films produced after September 2018, largely screening as world premieres.
* New Visions
New Visions explores the possibilities of cinema as a site for experimentation in both film practice and film programming. It places bold and innovative new propositions and tendencies in filmmaking into dialogue with radical moments from cinema’s past. Here categories, formats, and durations are challenged, through a cinema that believes reality is less captured by the camera than constructed anew.
* From the Earth to the Moon
Premieres of the latest films by key directors from the documentary scene, out of competition. A selection of works that allow us to see the worlds of yesterday, today and tomorrow, through powerful visions and stories.
* Heartbeat
Films exploring all forms of art and expression are represented in this section, in a celebration of creation. Music, sport, literature, the performing and visual arts… The arts beat in doclisboa, not only on the screen.
* Cinema de Urgência
The sessions of Cinema of Urgency are built around contemporary problems which urgently demand the creation of a community of debate. The section features films from social media and other sources that respond to gaps in media narratives and are resolutely anchored in reality, challenging citizens to be active members of an ever-changing society.
* Green Years
World and international premieres of European films of any length, from students and new directors taking their first steps in film. The section creates a platform for dialogue and reflection, seeking to contribute to the development of new filmmakers. Green Years has its own competition and jury, and features an annual programme from an invited school.
* Doc Alliance
This section is present at all festivals that are members of the Doc Alliance project. It presents a programme of films nominated for selection by Doc Alliance, including the winner of the Doc Alliance Award, given by a jury of international critics.
Awards:
The Doclisboa awards consist of a trophy and a monetary sum and/or technical services. The following awards are attributed to the film director(s):
* International Competition
Award for Best Film
Special Jury Award
* Portuguese Competition
Award for Best Film
Special Jury Award
Schools Award for Best Film
* Green Years Competition
Award for Best Film
Special Jury Award
Award for Best Director
* Cross-Sectional Awards
Award for Best First Feature-Length Film (over 60’) from a selection comprising all sections with the exception of the retrospectives and Cinema of Urgency.
Award for best short-film (up to 40’) rom a selection comprising all sections with the exception of the retrospectives and Cinema of Urgency (the winner is automatically pre-selected to the Oscar© for Best Short Documentary).
Audience Award for Best Portuguese Film comprising competitions, New Visions, Heart Beat and From the Earth to the Moon.